The Trees of Christmas

How much do you actually know about the tree you bring into your home at Christmas? Whatever your favorite type of Christmas tree is, each has its own unique characteristics and fascinating history. Read on to learn more about some of the trees most commonly selected and decorated for a festive holiday! 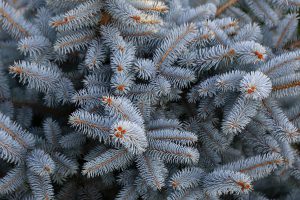 Blue spruce is a popular tree choice for the season. A waxy coating on the needles creates the characteristic ‘blue’ coloration. This tree is native to the Rocky Mountain region of the United States and was first discovered in Colorado on top of Pikes Peak in 1862. Botanist C.C. Parry named the tree for its unique color. Blue spruce is widely planted as an ornamental well outside the native range. The nursery trade has developed many varieties with various sizes and growth habits. 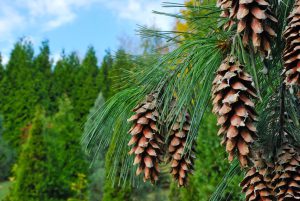 Eastern white pine is a beautiful native pine that was historically an important resource for Native Americans. For instance, they would use the resin, mixed with beeswax, to seal canoes. Some Native Americans would even eat the inner bark of the white pine as a food source when all other food was scarce. European settlers continued to value the species as a natural resource, using it extensively for shipbuilding. Today, many homeowners and commercial properties select this species as a specimen tree for large spaces. This species withstands yearly spring shearing or “candling,” making it suitable for hedges. 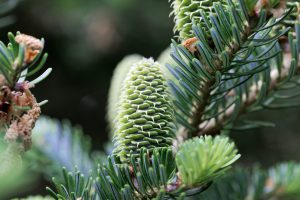 Fraser Fir derives its common name from John Fraser (1750-1811), a Scottish botanist and plant collector, who discovered this plant and introduced it to Britain. It is native to a very small area of the Appalachian Mountains in North Carolina and Tennessee extending into the southwestern corners of Virginia and West Virginia. It is the only fir that is indigenous to the Great Smoky Mountains National Park. Although rare in nature, Fraser fir is one of the most popular Christmas trees sold in commerce today. 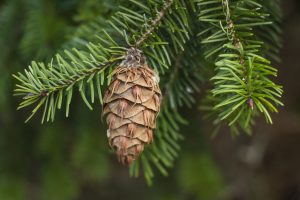 Douglas fir is one of the most predominant trees found in forests of the Pacific Northwest and western Canada. Native from British Columbia south to northern Mexico, it is a valuable timber species. Douglas fir is not actually a “true” fir, meaning it is not a member of the Abies genus. You can distinguish this tree from “true” fir or spruce by the tassels, ‘beards’, or ‘mousetails’ on each cone scale, which give the cones a fancy and festive holiday look. One legend related to these ‘mousetails’ tells the story of some mice that ran through the forest during a raging wildfire and asked the trees for shelter. A Douglas fir tree took pity and invited the mice to shelter in the pinecones to avoid the fire. If you look at the tree today, you can see the ‘tails’ of the mice peeking out from each cone. 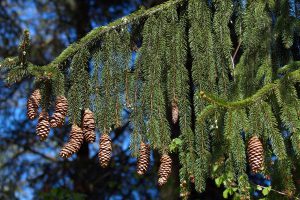 Norway spruce originated in Europe, despite its name. It is the most widespread, fastest growing, largest and most disease resistant species in the northern hemisphere. Christmas trees farms widely grow and harvest young trees of this species. At full height, Norway spruce are often harvested for lumber with end products range from paper pulp to crates to musical instruments. This is not only a traditional tree for many families during the holidays, but also a tradition for two capital cities. Oslo, Norway traditionally gifts London, England a Norway spruce each year as a thank you for support during World War II. This tree proudly resides in London’s famous Trafalgar Square. 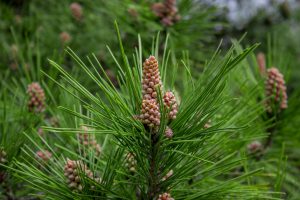 Scots pine, also called Scotch pine, is a native pine to the UK originating from the Highlands of Scotland. This tree is a great choice for Christmas as it retains its needles even if the tree becomes dry. The species is valued as an ornamental tree and is also one of the strongest softwoods, making it a good resource for construction. In Celtic mythology, Scots pine symbolized new life and rebirth and Celts associated the tree with the return of the sun after a dark winter. 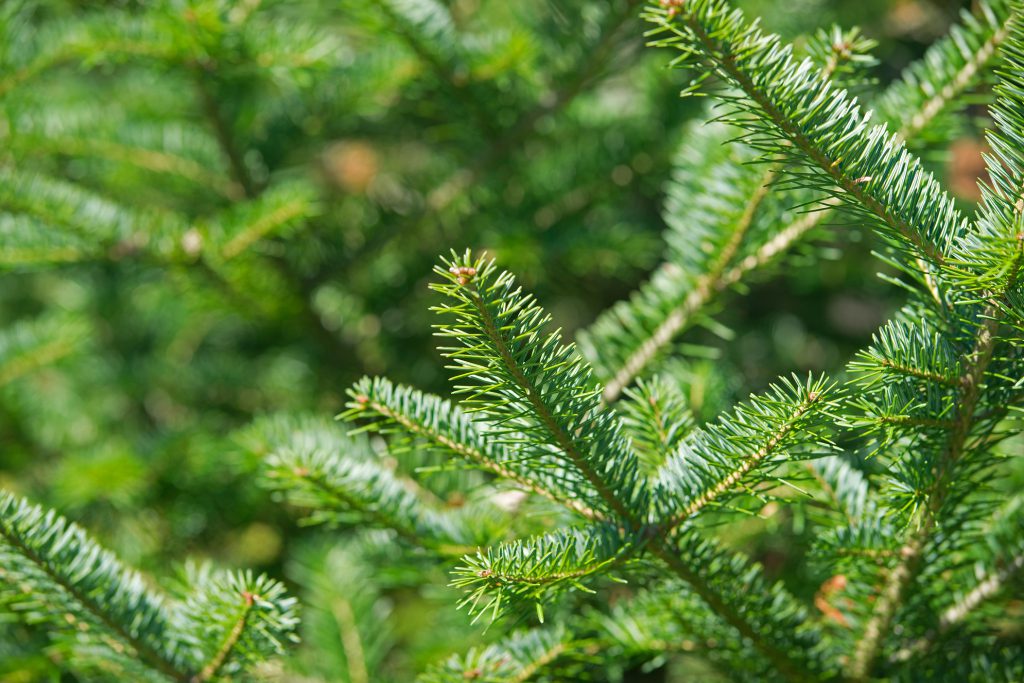 Balsam fir is known for its strong balsam scent. Consider this species if you’re looking for fragrance! This species has a narrow, pyramidal shape with cones that stand upright and have a green or purple tinge. The tree grows by adding whorls of branches around the main trunk. As the tree ages some of the lower whorls are shed, leaving characteristic scars around the trunk. You can get an approximate age on this tree by counting the number of whorls and whorl scars from top to bottom. 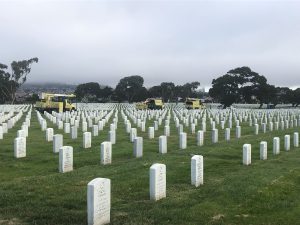 Bartlett Tree Experts was fortunate to participate in the 8th Annual Saluting Branches Day of Service on September 28. Over 80 Bartlett employees joined. On 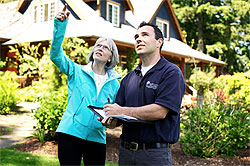