Boxwood blight is caused by the non-native fungus Calonectria pseudonaviculata. American and English boxwood (Buxus sempervirens) are most susceptible to this disease whereas many Asian species of boxwood, and hybrids with Asian parents, are generally more resistant, but can still become infected. The disease causes black spots to form on leaves, along with elongated black lesions on twigs and stems. Rapid defoliation (in a matter of weeks) soon follows the initial symptoms of infection. 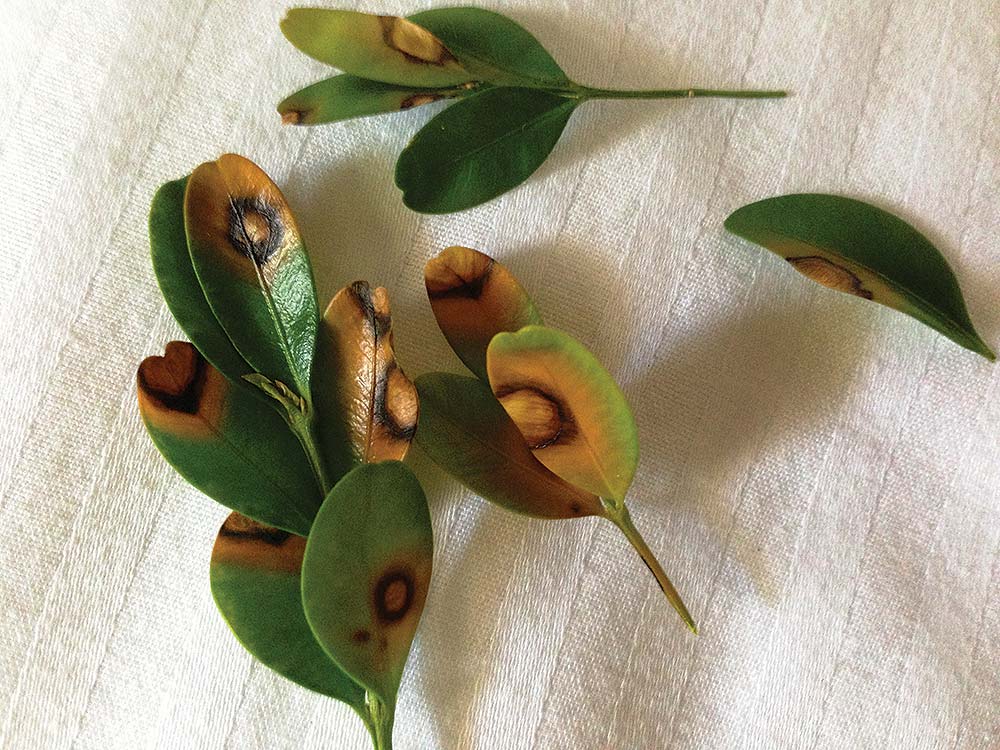 Boxwood blight is often introduced into landscapes on infested nursery stock. Spores of pathogen can easily stick to shoes, clothing, and shearing/pruning tools, so the disease can be easily introduced during routine maintenance. New outbreaks commonly occur following shearing plants in summer.

Moisture on leaves and twigs provides ideal conditions for infection by this fungus so years with high rainfall and extended summer temperatures result in greater disease incidence and severity. 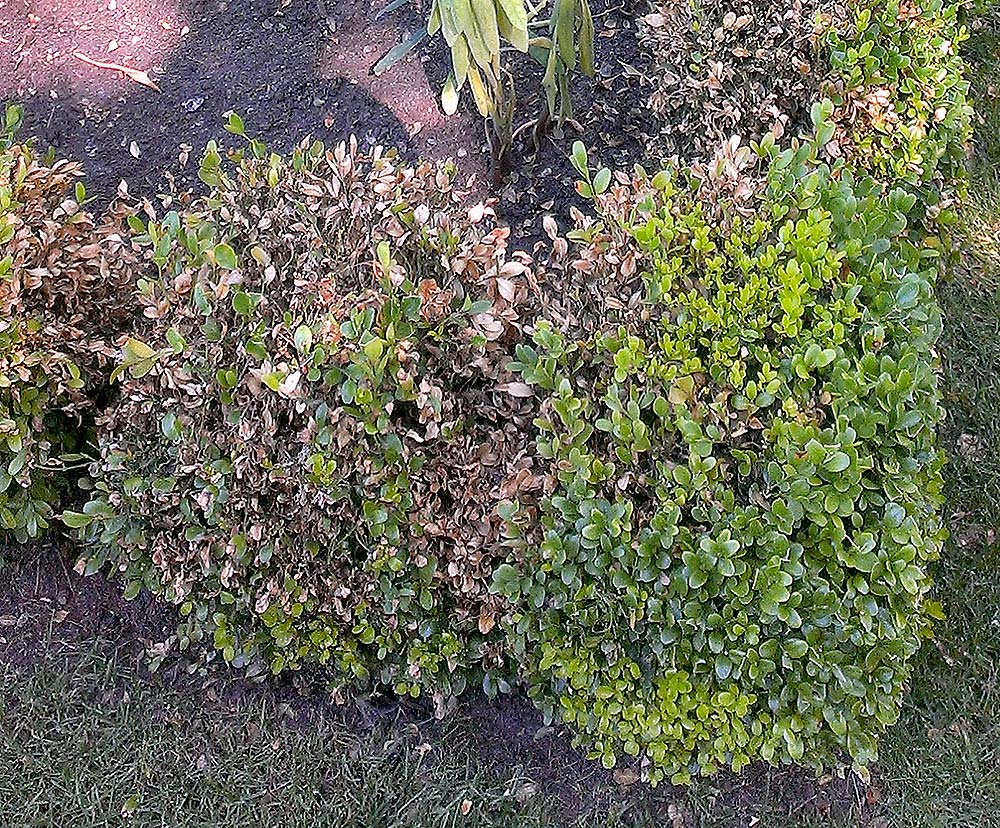 Because the pathogen persists in the soil, boxwood blight is easily spread to nearby shrubs.

There are several ways to prevent boxwood blight.

Posted in Pests and Diseases Tagged with: insects and diseases