Spruce species are commonly grown worldwide for both ornamental purposes and timber production. While Colorado blue (P. pungens) and Norway spruce (P. abies) are two of the most common species in landscapes, there are many species native to Europe, Asia, and North America. The English word ‘spruce’ derives from a term that translates to ‘from Prussia’.

Fertilize according to nutrient analysis, also excellent candidate for root invigoration. Treat mites, scales, aphids, and caterpillars as warranted based on inspection. Needle cast should be treated preventatively in dense plantings or in areas with history of disease. Good cultural care and possibly growth regulation will reduce Cytospora canker. 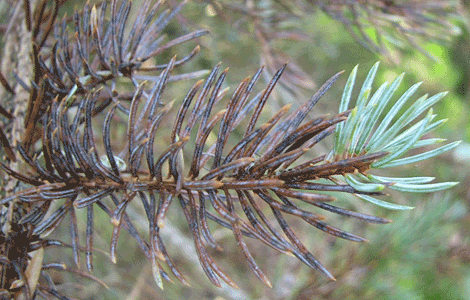 Discolored needles typical of needlecast infection prior to defoliation 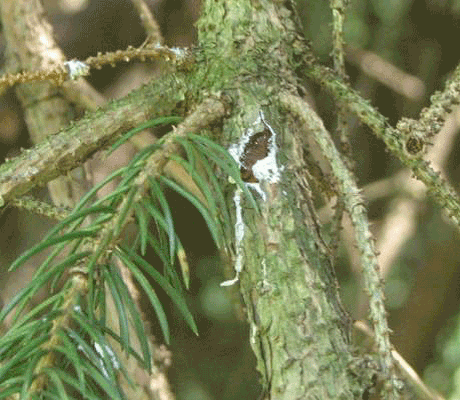 Oozing resin is a sign of cytospora canker infection 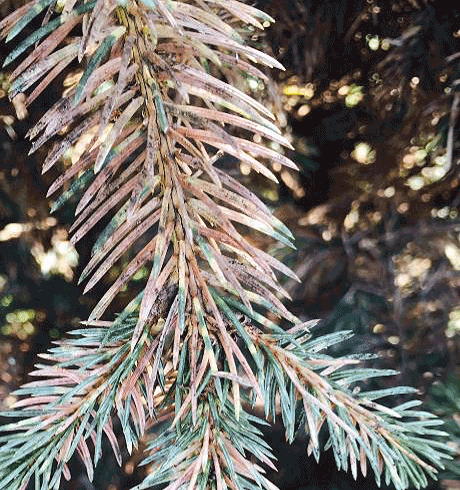