Amelanchier is native to temperate regions of the Northern Hemisphere. The genus is most diverse in North America where at least one species is native to every U.S. state, except Hawaii, and every Canadian province and territory. The species classification of this genus is highly complex owing to extensive hybridization, polyploidy, and apomixis .

The species within this Rosaceae genus are generally slow growing. They vary in height from 0.2 to 20m tall. Often cultivated varieties are "top worked" (i.e., grafted onto a clear stem of another plant) to form a tree like habit more rapidly than would be possible using conventional pruning techniques alone. The genus prefers well drained slightly acidic (pH 5 to 6) soils in full sun.

Soil pH imbalances may be the most common issue with this genus, resulting in interveinal chlorosis and canopy thinning. Powdery mildew can also be an issue on this species. Being within the Rosaceae family, a condition known as Rosaceae replant syndrome affects this genus. This impacts newly planted specimens, planted within soil which has previously had a member of the Rosaceae family growing within it.

Sample soils for nutrient and pH levels, especially if deficiency symptoms are evident. If plants exhibit decline investigate if a plant within the Rosaceae family was previously planted in the soil. An application of a suitable fungicide may be necessary should powdery mildew heavily infect the leaves. 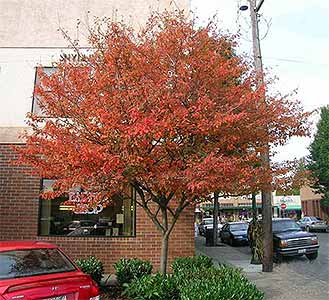 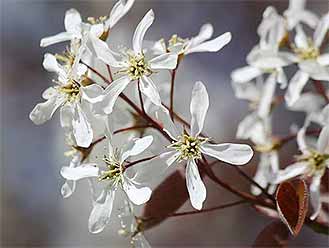 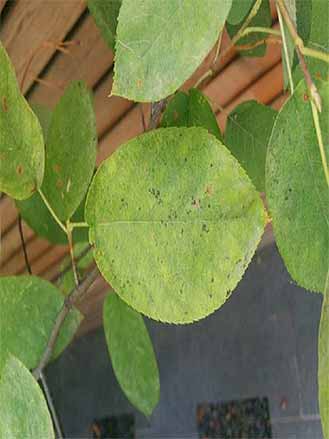