A native pine to the UK originating from the Highlands of Scotland. It is now frequently planted on lighter sandy soils in the SE of England and in East Anglia. Typically Scots Pine grow to about 30 m in height. The tree is also used extensively in large scale plantations for timber production and on a small scale as Christmas trees.

Scots Pine prefer moderately fertile, moist, but well drained sandy soils with a pH range of 5 to 7.5. Growth is optimal in full sun, however, Scots pine are very hardy to wind and frost. They do not tolerate prolonged flooding and are not very drought resistant. Scots Pine have become standard planting for ornamental landscape use within urban environments, both for homes and public grounds.

Control of diseases requires the use of protectant fungicides when the new growth is emerging in May. It is also important to promote good air circulation by adequate tree spacing and weed control. Improve tree vigour through mulching, fertilisation and watering. Control of insect pests requires 3 to 4 sprays of an insecticide at 3 week intervals from May onwards. 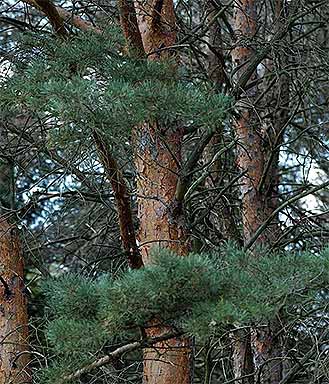 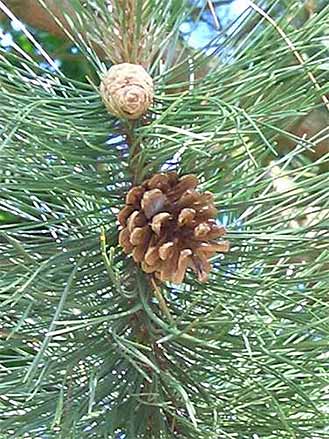