The origin of this tree is not quite known. It is thought to be a hybrid of the American and the oriental plane, (P.occidentalis x P.orientalis) and was brought to the UK from Spain in the 17th century. Very little wildlife is associated with London plane, although the seeds may be eaten by grey squirrels. Very pollution tolerant.

Prefers deep, rich, moist soils that are well drained. However, this species is able to withstand most soil conditions, including high pH and compaction. London plane tree is easily transplanted, although care should be taken to ensure that trees are not planted too deeply .

Massaria induced branch drop is a major concern. London plane is also susceptible to anthracnose attack, although several cultivars have resistance. London plane is attacked by several cankers, with canker stain a major problem in many areas. Several insects are problems on London planes. The most common insect pest is aphids.

Inspect for Massaria infection on a regular basis. Promote tree vitality (air spade, fetilise, mulch, irrigate) if Massaria is discovered. London plane trees should be fertilized on a regular basis. They are often planted in areas with poor soil or limited rooting space, limiting the availability of nutrients. For these same reasons, irrigation and mulching are often important for reducing stress during dry periods. Treat aphids and other pests as warranted with systemic insecticide options. 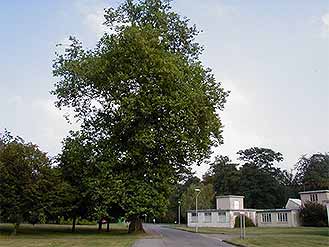 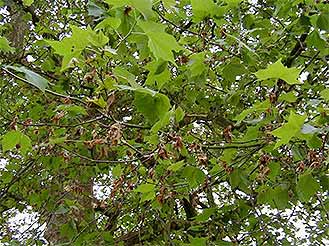 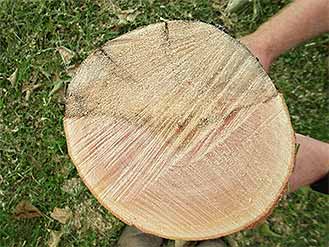