Elm trees are large shade trees which grow well even in severe urban situations. They transplant easily and grow rapidly if conditions are favourable. Healthy leaves are lustrous dark green in the summer turning yellow in the autumn.

Elms grow best in full sun but are tolerant of moderate shade. They have a broad tolerance to soil pH, growing well in the range of 5.5 to 8.0. They are tolerant of compacted clay soils, well drained sandy soils and most soils in between. They grow optimally in nutrient rich, moist well drained soils.

The most common disease is Dutch elm disease (DED). This is a fungal disease that is transmitted by twig or trunk feeding beetles and root grafts. Dutch elm disease plugs the vascular system of the tree causing a wilt that is often seen first in the upper branches and may move throughout the entire tree within six months to a year (see PHC Tech Note for further details). Other problems include honey fungus, leaf hoppers and gall mites. Elms are often skeletonized and defoliate by elm leaf beetle. There are also several scale insects which attack elm. Aphids are often found feeding on leaves. If numbers are high, foliar damage can occur. 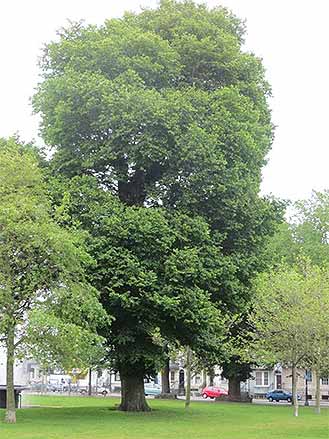 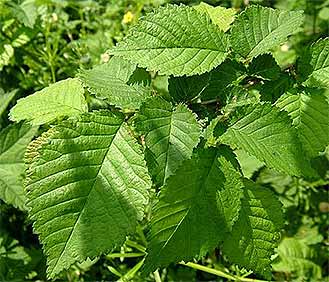