Bay is evergreen and grown as a large shrub or small tree, reaching around 8 to 12 m tall. Plants are separated into male and female individuals female plants having small black berries. It originates from the Mediterranean. The smooth, elongated leaves are widely used in cooking, especially in the Mediterranean. They are usually part of dishes cooked for a long time, which extracts their complex flavour. They are usually removed from the dish before consumption due to their tough texture. A wreath of laurel leaves was used as a symbol of victory and high status in ancient Greece and Rome. This is where the term laureate originates and also the phrase, "resting on one's laurels"(to rely on prior achievements for status). Notable cultivars include Aurea which has golden/yellow leaves and Angustifolia which has narrow leaves.

Susceptible to scale insects, leaf rolling Tortrix moths, and the Bay sucker. The Bay sucker is a psyllid (jumping plant louse, an aphid relative) which causes distorted and discoloured leaf margins where they feed. The damage is thought to be cosmetic. Powdery mildew and leaf spot can also be an issue. Can be susceptible to frost damage.

Treat occurrences of pests and diseases as appropriate. Where frost damage is a problem, smaller plants can be wrapped with horticultural fleece for protection. Often does not require pruning but may be pruned into topiary. 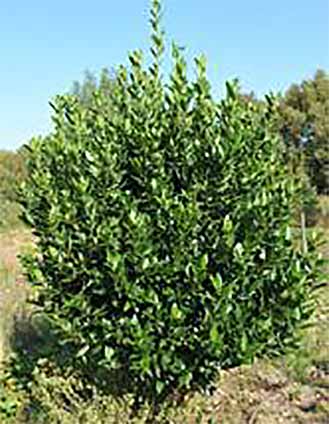 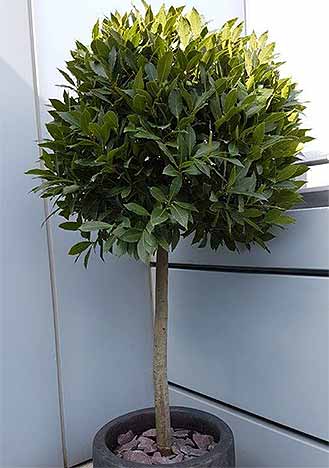 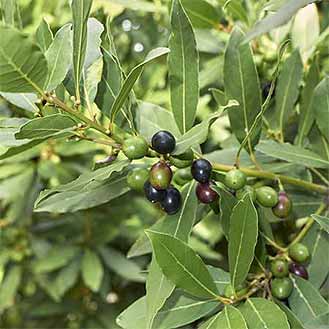