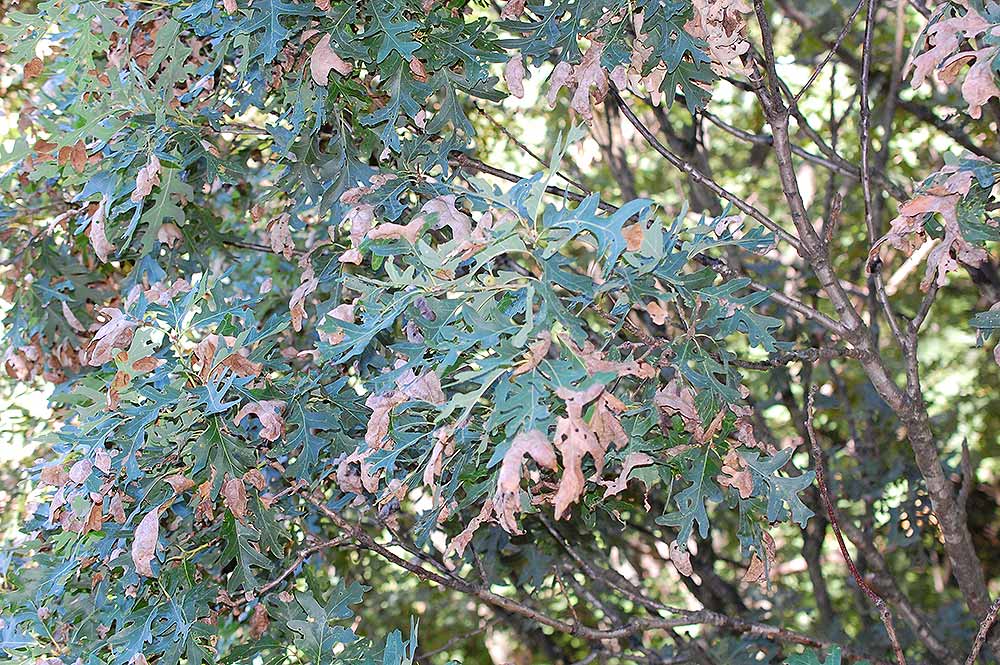 Symptoms of anthracnose on an oak tree.


Anthracnose is a term applied to an array of fungal diseases that affect shade trees. Different fungi target different tree species. Sycamore, oak (especially white oaks), maple, ash, walnut, and dogwood are especially vulnerable to anthracnose, which may cause leaf and shoot blight, defoliation, and twig dieback. After several consecutive years of severe disease, weakened trees may be invaded by insect borers and secondary disease causing further decline. While for many trees anthracnose may be mainly a cosmetic problem, for certain species the fungus can be deadly. In some areas, anthracnose has caused widespread death of flowering dogwood.

Anthracnose fungi overwinter in twig cankers and within fallen leaves. As buds open in spring, thousands of spores are produced and are spread by wind or splashed by rain onto susceptible trees. Under cool, moist conditions, spores germinate and infect plant tissue and begin their destructive activity. Shortly after lesions develop, spores are produced on the diseased plant tissue. As long as moist, cool weather conditions prevail, these "summer spores" can cause late season leaf lesions.

Any geographic areas that experience cool, wet conditions are likely to have some strains of anthracnose affecting vulnerable tree species. In the Eastern U.S., dogwood anthracnose, which first appeared only 25 years ago, has decimated flowering dogwood, while the Northwest has had the same experience with Pacific dogwood. 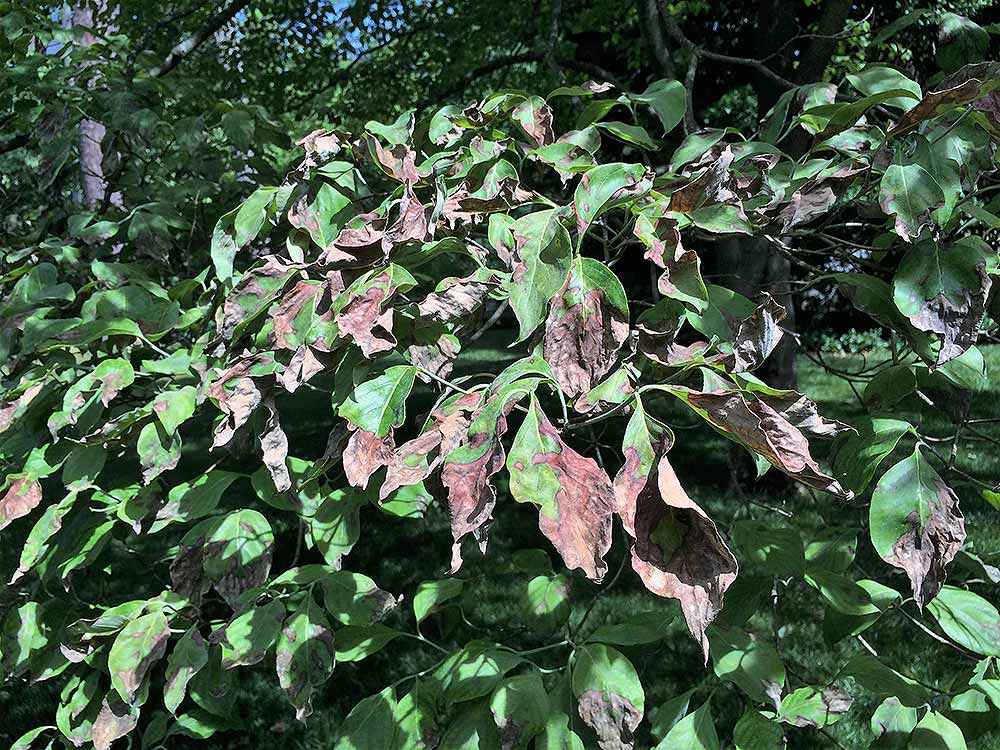 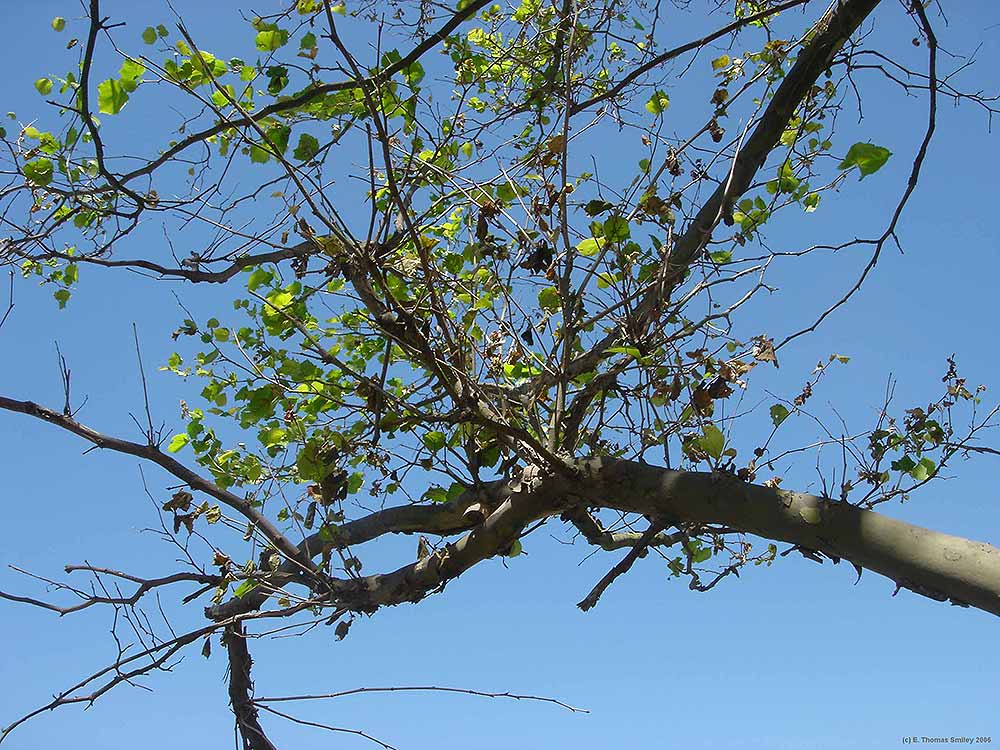 Leaf browning and witches' brooms on a sycamore infected with anthracnose. 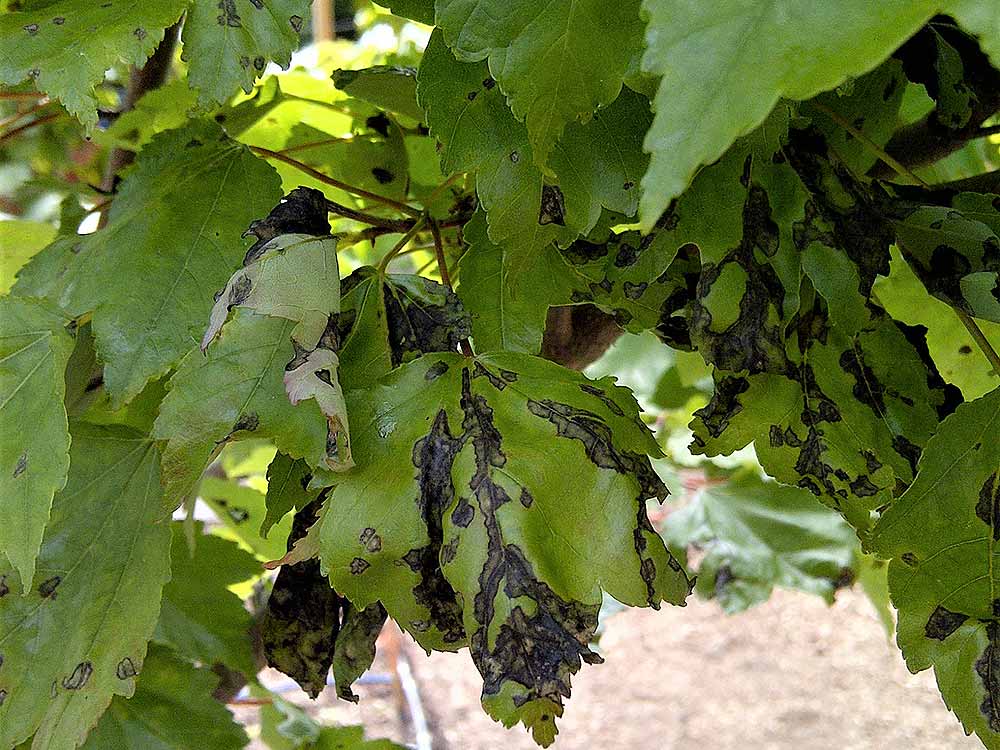 Anthracnose can have a different appearance on different trees. Typically, tan or brown patches appear on leaves, often spreading along leaf veins to cause large areas of browning. Conditions for anthracnose are often favorable in early spring, and defoliation (loss of leaves) can occur. Trees defoliated by anthracnose in early spring usually produce a second set of leaves later in the growing season.

On some tree species, including sycamore, white oak, and maple, buds and succulent new shoots may be killed as a result of anthracnose. Cankers may also form on twigs and small branches resulting in twig distortion, dieback, and witchesï¿½ brooms (a dense mass of shoots growing from a single point).

Eliminating overwintering fungi helps to control anthracnose. Removing fallen leaves will eliminate one source of the fungi; pruning to remove diseased twigs and branches will help to eliminate another source. Periodic pruning will also allow more light and air penetration of the crown, which inhibits disease development by allowing more rapid drying of plant tissue following rains. Periodic fertilization will maintain tree vigor and help offset the effects of any premature defoliation.

Beyond these regular maintenance practices, properly timed fungicide applications will also help control anthracnose. The timing and frequency depends upon the tree species, weather conditions, and other factors.

If you plan to plant highly susceptible species in your landscape, there are a number of excellent Anthracnose resistant varieties now available. 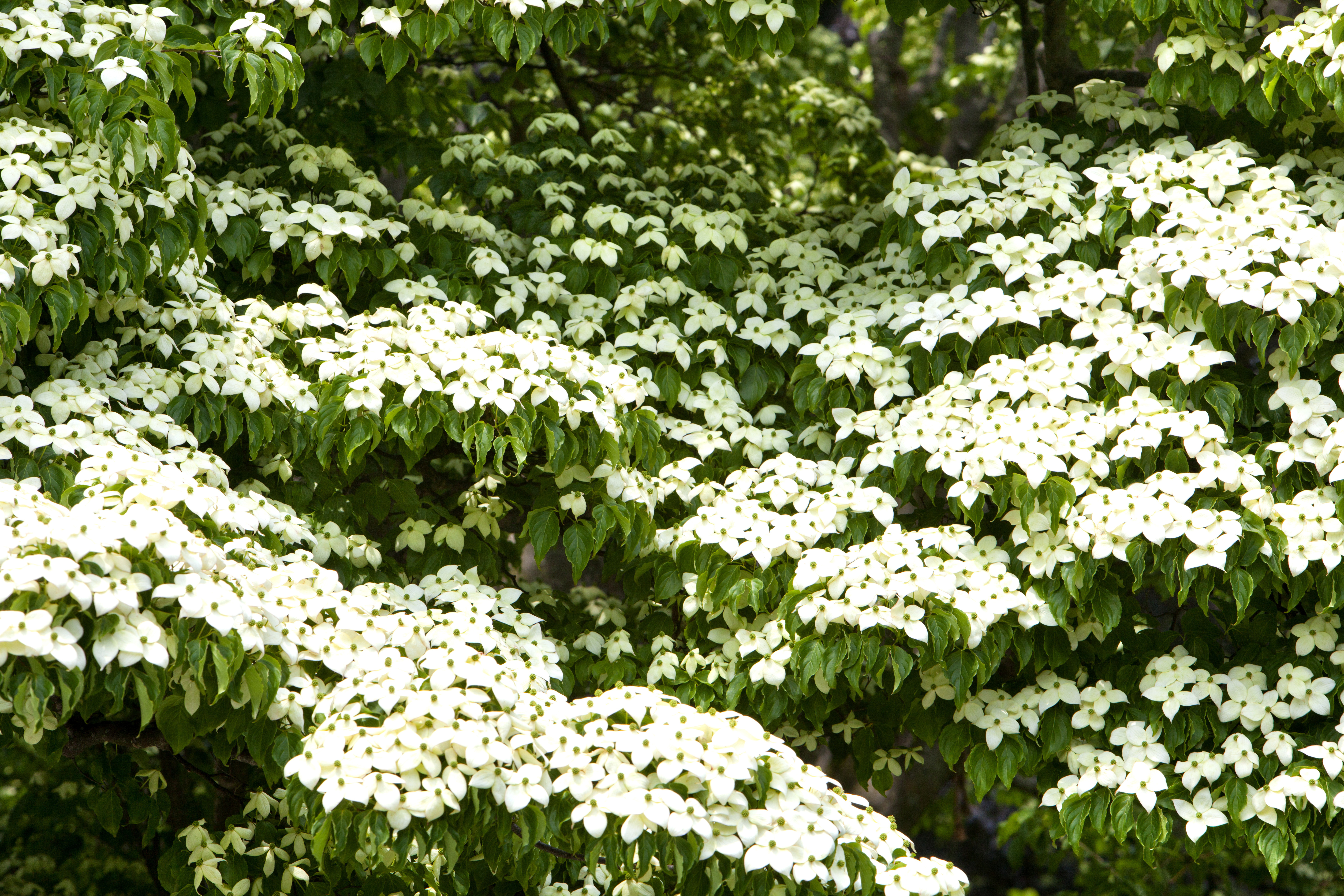 Japanese dogwood (Cornus kousa) is a popular alternative that is resistant to Anthracnose.