November 9, 2021 – Stamford, CT – Robert A. Bartlett Jr., Chairman and CEO of Bartlett Tree Experts, was awarded the George Robert White Medal of Honor by the Board of Trustees of Massachusetts Horticultural Society (MHS). 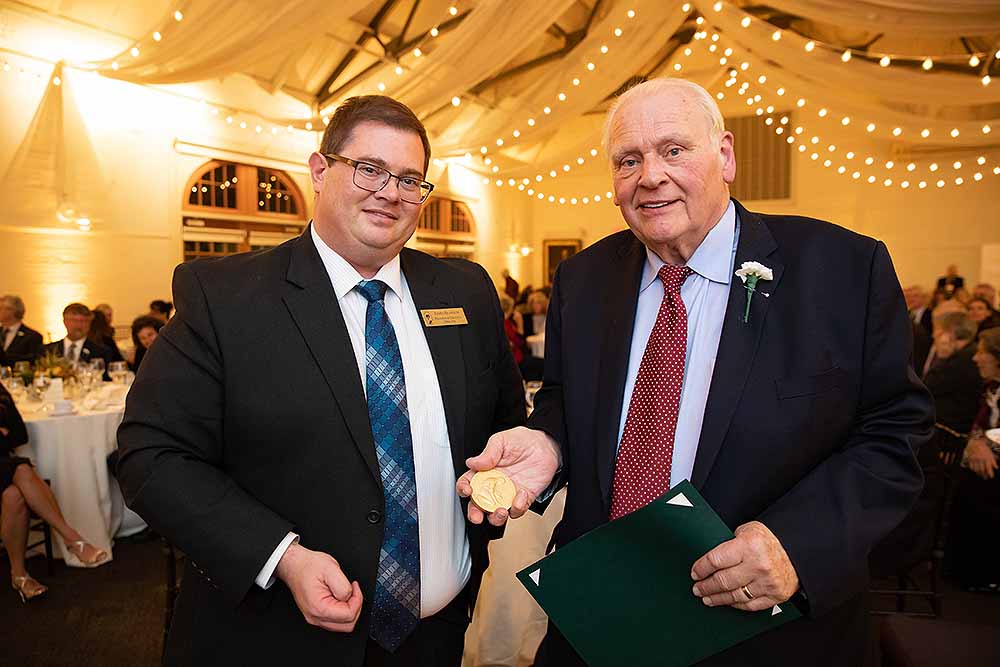 Bartlett represents the third generation of the F.A. Bartlett Tree Expert Company, the world’s leading scientific tree and shrub care company. He was among medal recipients who were celebrated during the MHS 119th Honorary Medals Dinner at The Gardens at Elm Bank in Wellesley, MA. on Thursday, November 4.

“I would like to thank the selection committee and the trustees of Massachusetts Horticultural Society for this overwhelming honor,” Bartlett said. “I have always known about this medal and am very proud to join the distinguished recipients before me with this recognition.”

In presenting the honor, James Hearsum, President and Executive Director of MHS, said the George Robert White Medal of Honor is given “in recognition of eminent service in horticulture in its broadest sense.”

“This award honors Robert A. Bartlett Jr. for his lifelong engagement supporting horticulture and his generous, continuing contributions to the betterment of the science and practice of horticulture nationwide, and in fact, around the world,” Hearsum said.

The George Robert White Medal of Honor, the MHS’ highest achievement award,  was established in 1909 and is among the most distinguished horticultural awards in the United States. The first honoree was Charles Sprague Sargent, Director of the Arnold Arboretum. Other recipients include Gertrude Jekyll, Jens Jensen, The Royal Horticultural Society, Massachusetts General Hospital, and Tasha Tudor.

Joining these distinguished honorees, Bartlett delivered the keynote address, discussing the remarkable transformation of plant collections at the R.A. Bartlett Research Laboratories and Arboretum in Charlotte, NC to create "a Living Museum."