What Do Japanese Beetles Eat?

Though strangely beautiful with their metallic green bodies and copper wings, Japanese beetles are a major pest in the eastern U.S. that feed on more than 300 different plant species. You’ll find adult beetles feasting throughout summer and into early fall depending on location (beetles emerge from the ground in early summer in the southern part of their range and later in June or July in more northern areas).

Their favorite “restaurants” include: Japanese maple, Norway maple, Prunus species including cherry, plum and peach, birches, lindens, elms, sassafras, horse chestnut, and black walnut. It also seems nearly impossible for them to pass up a quick bite (or thousands) of any type of rose plant. 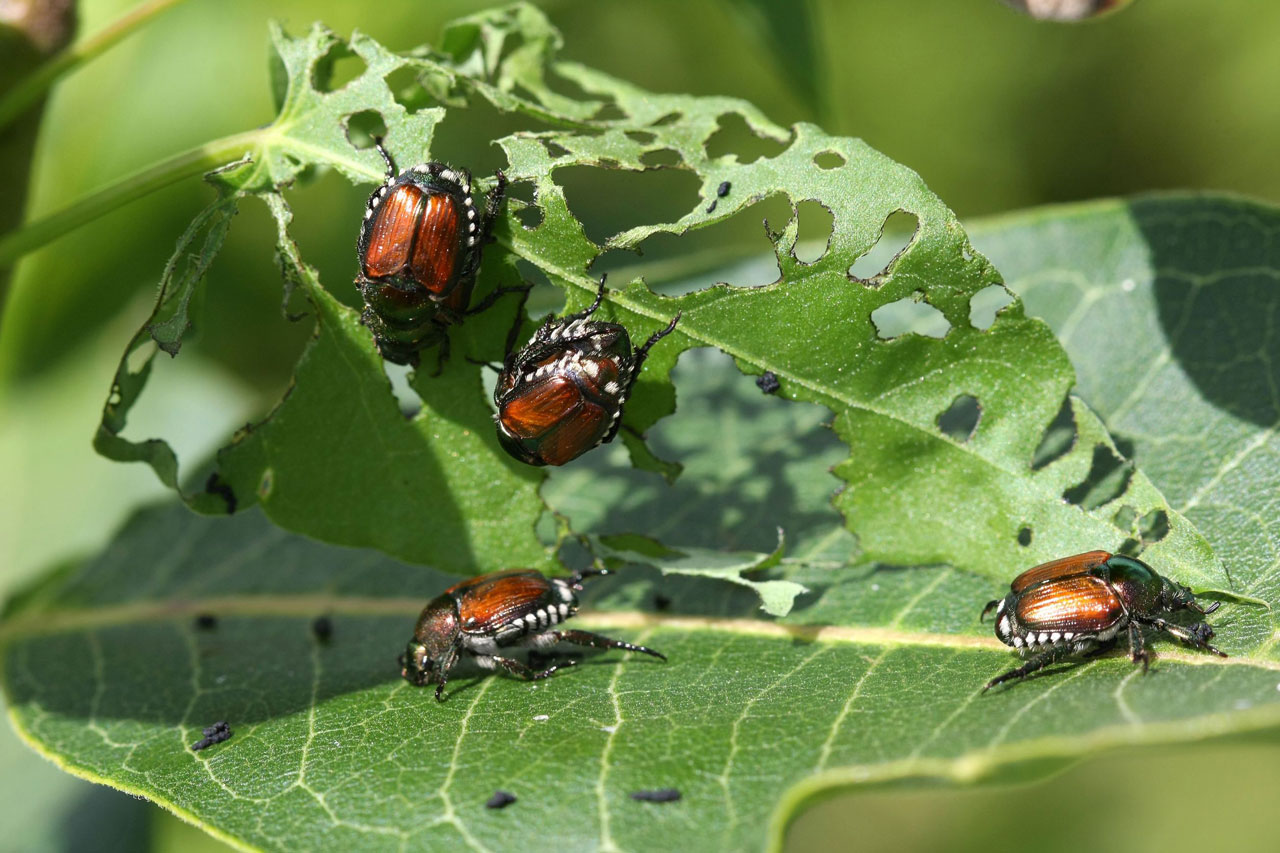 Given their diverse feeding habits, smart plant selection is a good way to minimize visits from these unwanted guests. First, eliminate weeds that are favored beetle snacking spots including bracken, poison ivy, elder, and wild grape. Second, when making additions to your landscape, consider choosing plants that Japanese beetles typically don’t eat. Some tree, shrub and plant species are simply less attractive to the beetles and, while not resistant, will certainly be less likely hosts. 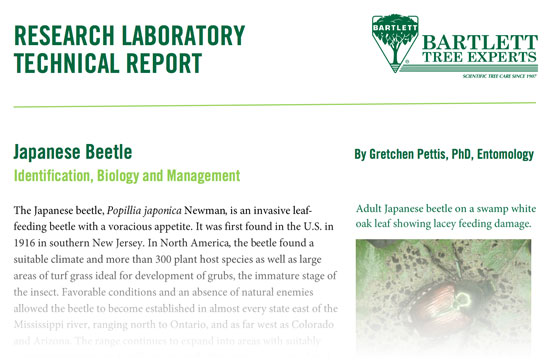 Download a technical report from our research laboratory about the identification, biology, and management of Japanese beetles.