The Importance of Tree Climbing Competitions 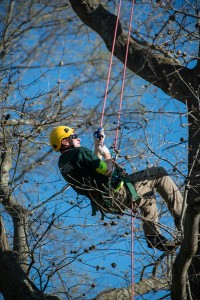 Todd in the Speed Climb Event

At Bartlett, one of our core values is leadership in the tree care industry. Participating in tree climbing competitions helps us demonstrate this leadership status while also translating into real-world skills that yield success for our company. Recently, I competed in one such event, the MAC-ISA Tree Climbing Championships.

In many ways good tree climbers are considered local heroes in the communities they serve because many of the tasks they perform on a daily basis require above-average skills and abilities not easily found in most people. During the competition climbers compete in five events:

All of these events can be performed almost every day of the week, except for the aerial rescue which is a good situation to practice regardless. The tree climbing competition events remind me of the NFL Scouting Combine where players compete in different events that test their athletic ability. Typically, doing well in the combine translates into success on the field and the same goes for tree climbers. However, it’s important to realize that some players or climbers may have strengths and abilities not measured in competition events that can translate into success on the field or in the tree. 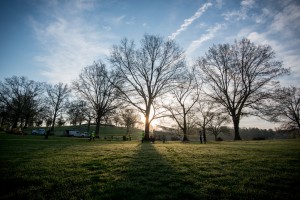 Bartlett’s Virginia offices are heavily involved with the Mid-Atlantic Chapter of the International Society of Arboriculture Tree Climbing Championship. At this year’s event we had six Bartlett climbers in a field of 33 total competitors. Two Bartlett competitors made it to the Masters’ Challenge, which is a final event of the top four scores in the competition. Bartlett sponsored the work climb event in the competition and we had seven employees who were part of the judging staff, event committee, and clean-up day. Such support for the tree climbing event starts with our Division Manager, Alan Jones, who is also an ISA Certified Tree Worker; this certification can be obtained from competing in the tree climbing competition. All of this demonstrates our belief that tree climbing competitions play an important role in the future success of the tree care profession.

Todd has worked at Bartlett for five years as a groundsman, climber, plant health care specialist, Bartlett Inventory Solutions Regional Specialist, and Arborist Representative. In 2015 he was recognized as a Plant Health Care Specialist Champion for the Piedmont Division. He has a Bachelor of Science in Natural Resources Management from Colorado State University and a Master of Science in Forest Economics from Mississippi State University. He is a Certified Arborist with the International Society of Arboriculture, holds a Virginia Commercial Pesticide Applicator License, is a Certified Tree Care Safety Professional, is a Virginia Certified Horticulturist, and is Tree Risk Assessment Qualified.