For centuries most people assumed the end of the phrase “Hell hath no fury” to be “like a woman scorned”. Clearly, either those people haven’t suffered through a Texas summer or some other state has jilted the poor Lone Star (odds are it’s California or New York.). During unusually hot years, I have to sit through yet another recounting from my mother (a hot-natured woman in her own right) about how she sweltered like Cool Hand Luke in “the box” during the historic summer of 1980 while pregnant with me.

Well summer of ’80, you’re on notice: 2011 is coming for ya. In DFW alone, we’ve already had 28 consecutive days of 100-plus degree weather and 35 days total. That puts 2011 3rd and 5th in the record books, respectively with Tropical Storm Don as our only hope for a temporary break.The effect of this brutality has been drastic. Besides the normal drop in lake levels and compulsory water rationing, we’ve experienced signs of significant drought stress among normally tolerant trees such as pear, crepemrytle, and various oaks. Even century old post oaks on unirrigated sites, which have obviously found their own water source, are dropping leaves in response to one of the worst droughts in Texas history. In times like these we have to remember not to overreact and drown our trees by watering too frequently. The rules for irrigation still hold true: less frequent and longer duration. Trees need 1.5 in. of water a week, but the roots cannot constantly sit in water. Root death is what causes tree death whether the root loss originates from drought or water-logged soils. 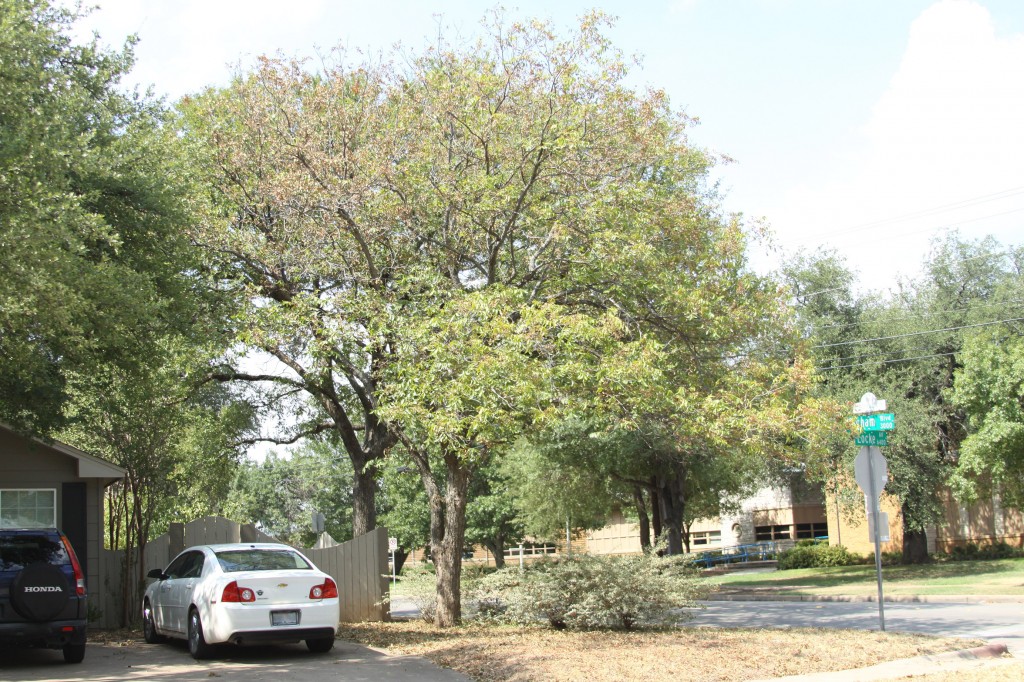 Has worked for Bartlett Tree Experts as an Arborist Representative since 2005. He regularly speaks at various schools and for community groups teaching pruning and tree preservation to candidates in Ft. Worth’s Citizen Forester program. He’s a member of the tree advisory board for the City of Irving, helps with Arbor Day events in various cities, and is president of the Cross Timbers Urban Forestry Council. Gareth is a native of Fort Worth, but is passionate about travel, experiencing other cultures, and learning foreign languages. Currently he is learning “proper” Spanish and is already fluent in German. Interests include travel, languages, history, world issues, wine, and outdoor activities such as camping, snow skiing, skeet/trap shooting, and gardening.